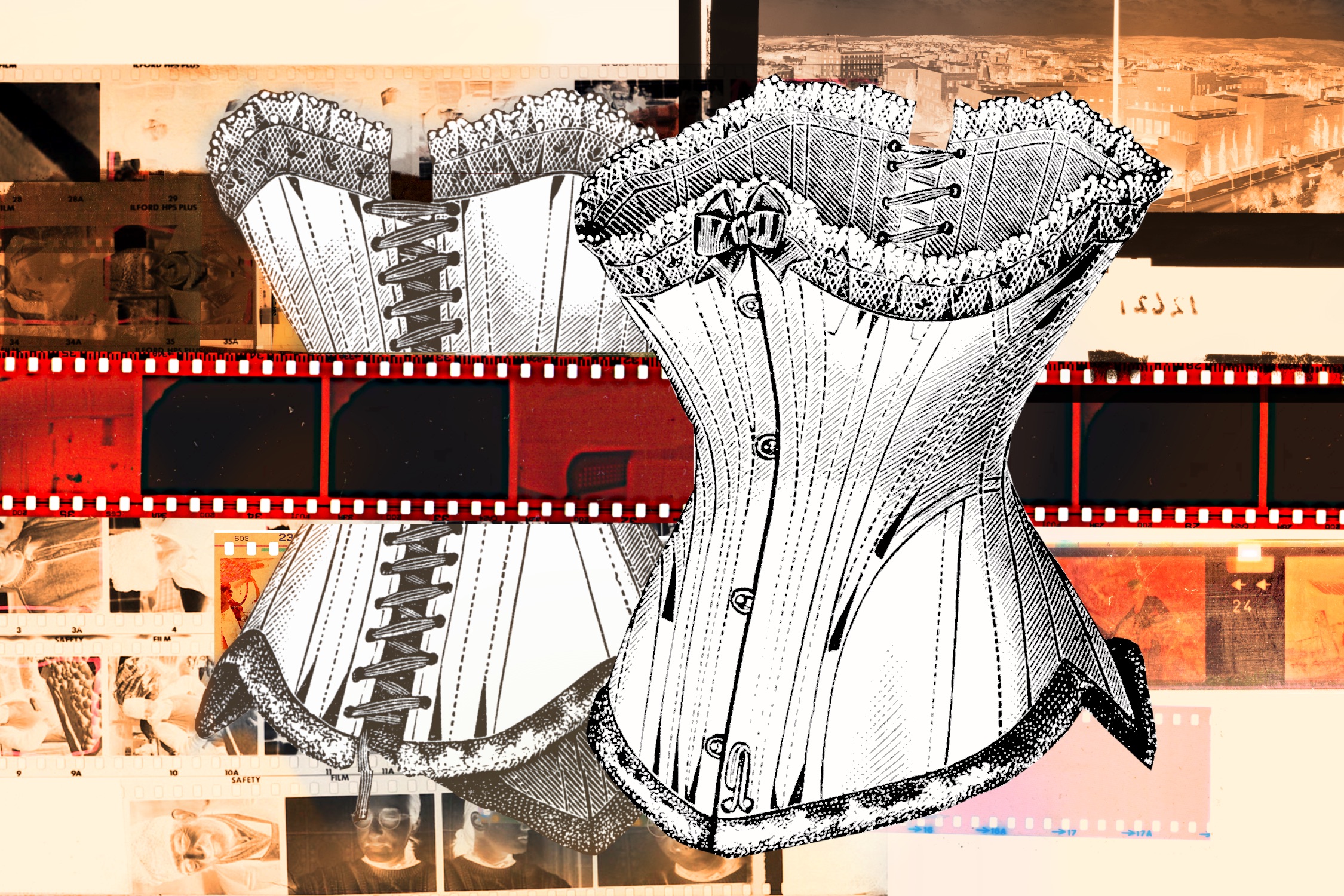 On the boat back, the sea got very slightly rougher, and a plastic curtain weighed down with chains knocked at the reception desk that separated the lounge from the restaurant.

All the rules not to bring pets or your own food had been abandoned in the lounge. Dogs sat on tables and children ran laps, spilling their sandwiches. She thought of the director of the first museum they had visited, loitering with a box of blue booties at the threshold of the exhibition — what would he make of this? He’d handed out plastic slippers for the two of them to wear over their shoes, filmy bags that swam tightly around their feet. At the second gallery Anna and Richard had entered, buyers had circuited the Rothkos, all pacing meditatively in two-piece suits. She had joked to Richard that the dress code was intensifying with every stop on their trip, that at the Paula Rego, before being shown “Salazar Vomiting the Homeland,” they would be told: couture. The signs had read “keep silence” at the Alexander Nevsky Cathedral, where she’d finished her camera roll and Richard had bought her an icon from a stall, before a delicious meal on a wharf. The next day they had returned to the cathedral to collect the rosary he hadn’t had the change for the previous day, but he had mislaid the note she’d given him.

It was a rocky journey and she went for the bridge, wandering the boat like a sleepless person rising from bed. Most of her fellow passengers were in the lounge or restaurant. But the swell meant that if she looked at anything, it started to change in a way that suggested she wasn’t alone. Making for the deck from the staircase, the door tipped open. A child appeared. Then a woman came toward Anna, pale, silent, with thin blonde hair, wearing a white pleated skirt. Her brows were too thin to be frowning that way, her hands too experienced to be gripping the handle in fear, her eyes sunken, heat around her hairline. Anna tried to get past the woman, and managed to push through, with force.

The women she knew had all chopped their hair off after having babies; in her case an appendix operation had been enough to make the change. The doctor had shaved her pubic hair without warning and it had brought out a bawdy side in her. “Will you still be my friend,” she’d texted her friends, sitting in Richard’s flat in a makeshift nappy, “now that I don’t have an appendix?” “I don’t even want to talk about it!” one had replied. “A dealbreaker for me!”

The sky was yellow under the clouds and they were passing small islands. Dim shadows of gulls folded out of the rock, a duplicate detaching every time a bird fled from shelter. Anna remembered standing on a chair at the dining room table of Henry’s townhouse, years ago, sipping coffee that tasted like smoke. She’d been wearing wings. He’d photographed all his girlfriends in these luxe, white-feathered structures, not the gauzy, sparkly kind, nothing tacky. She’d thought they appealed to him because they were ironic and heavy: putting them on was like admitting you were naive, that you were objectified, that you were trapped in his attention. Now, with Richard always in the next room asking people to hop on the phone, saying “The paper doesn’t hyphenate Marie Antoinette” and so on, this image haunted her because she hadn’t minded. Sometimes she couldn’t smell her own sweat until she stepped under the shower and it was possible to accept she’d been stinking. In a similar way, when she’d looked at photos of the years she’d been far too thin, before she had fully recovered, she hadn’t found them shocking, but now she did. Richard never fulfilled her fears. (He had trouble sleeping of course, a light coming in from the house of a woman with whom he’d had ructions. But you can’t force people to buy a lampshade.)

Back home, the photography lab was in a rickety industrial complex full of similar companies, up at the top of a worked metal staircase and along the corridor to the end — she had to follow a delivery in. They were demanding there, and she loved that. In the front, an unreachable young man sat and refused to make small talk, addressing her questions to some older experts behind him, never responding to her directly, sending her out via a fire escape that looked like a joke. After a week, Anna emailed the lab to inquire about her scans and received an error message saying its inbox was full. The voicemail at the number on the website was that of a man named Gary Helps. She went back to the industrial complex because he wouldn’t return her calls. It was late afternoon and she worried the other businesses in the building would be closed, but when she rang up on the intercom, for the first time, Gary Helps answered. He’d been cased in by the rain all day and was slipping out on an errand. She retraced her steps up the worked metal staircase, wondering if she’d see him, but the corridor was empty to the end.

“The colors are odd, but you have pictures.” The young man flipped through rows of envelopes of film and, on finding Anna’s, fished out the negatives and laid them on a light table. Last time she had enjoyed the rudeness but this professionalism was just as appealing. “They repackage other films under this brand name. My friends all have this problem.”

On the fire escape, the wind widened out. The clouds were moving very fast and there was a man walking down the middle of the road, which was in poor condition, with lorries that were badly parked. It was a quiet road, round the back of the complex, but still a striking image for this man to be picking his way along the middle of it so precisely, and Anna kept watching him come, his long coat over jogging bottoms, swaying toward her with a vulnerable panache.

Lucie Elven is a writer whose first book of fiction, The Weak Spot, was published last year.