These days, in the literary world, the only thing trendier and triter than writing autofiction is hating autofiction. But love or loathe it, you can’t avoid talking about it — and its uncertain future. For a decade, it has reigned as the successor to the highly narrativized, stylized, maximalist “hysterical realism” of the late 1990s and early 2000s. After tiring of books like Zadie Smith’s White Teeth, Jeffrey Eugenides’s Middlesex, and David Foster Wallace’s Infinite Jest, critics spent the 2010s elevating minimalist, plot-light, first-person novels with narrators who share names or biographical characteristics with their authors — the reigning wisdom said autofiction was a “realer” realism. But now, institutions that lionized autofiction race to eulogize or reconceive it: a February Los Angeles Review of Books article was headlined “The Descent of Autofiction… and the Rise of the Literary Thrill-Seeking Industrial Complex.” The New Republic noted that Sheila Heti, one of North American autofiction’s heroes, is exiting the genre. Meanwhile, The Atlantic posits that two new books “prefigure… the future of autofiction.” A New York Times book review assures us a new novel is “Autofiction for People Who Think They’re Sick of It.” So, is autofiction ending or reincarnating?

My vote: it’s changing, and not for the first time. Under Donald Trump, the possibility of a new genre loomed — the autofictional social novel, which would use a narrow, roving “I” to address big public moments, such as democratic and environmental emergencies. Attempts proliferated, not all good. Ben Lerner’s The Topeka School tackles white male rage. Lefty writers in Lauren Oyler’s Fake Accounts and Hari Kunzru’s Red Pill encounter troll antagonists and obsess over the 2016 election. Valeria Luiselli’s Lost Children Archive fixates on the border crisis. Jenny Offill’s Weather does climate terror. Ayad Akhtar’s Homeland Elegies circles the narrator’s father, Trump’s onetime cardiologist. In Olivia Laing’s Crudo, a writer doomscrolls Twitter. Some of those books triumphed. (Akhtar’s is a masterpiece.) But most were awkward and panicked — trapped in the political moment rather than transcending it.

Now, in the face of Covid, the end of Roe v. Wade, and a 2024 Trump run, more autofictional social novels seem, alas, inevitable. Those may further prove how ill-equipped autofiction is to adequately handle public concerns. The social novel has historically relied on plot and sprawl to put the self in conversation with society. But core to autofiction’s project is a limited “I” and a rejection of conventional plot. In Fake Accounts, one section is winkingly titled “Middle (Nothing Happens).” Can literature that prides itself on “nothing happening” account for the fact that, in the wider world, a lot is happening? Or is “nothing happening” a fitting descriptor for the years the upper classes have spent quarantining and homeschooling while civil rights and labor movements, not to mention Capitol riots, unfurl outside? Humor and self-implication leaven social commentary — Akhtar is hilarious; reading a wide-eyed rendering of an immigration protest in The Topeka School, I missed Lerner’s funny yet apt treatment of Occupy Wall Street in 10:04 — but self-seriousness pervades much social autofiction, which makes me especially pessimistic about its future.

There is room for more. We can keep autofiction’s “I,” which is older than the 2010s, anyway. Remember the unreliable “I” that imagines villainy (Lolita)? Or the “I” that tells someone else’s story (Gatsby or Orlando)? Or the omniscient “I” (Madame Bovary)? Or the “I” of epic (Moby Dick or Midnight’s Children)? Most interestingly, there is the “I” of postwar metafiction and of the late twentieth century — an “I” that emphasized the irreality of fiction itself. Think of Kurt Vonnegut, Doris Lessing, Vladimir Nabokov, John Barth, Thomas Pynchon, Margaret Atwood, Philip Roth. One could still find some metafiction in the 2010s (Joshua Cohen’s Book of Numbers, Ruth Ozeki’s A Tale for the Time Being), and as Maggie Doherty notes in The Yale Review, writers like Susan Choi and Sigrid Nunez have used metafiction to comment on the #MeToo era. Autofiction’s diaristic nearness is its defining trait — what’s written seems true because the reader assumes the narrator is the author. But metafiction doesn’t demand the same kind of credulity, and it therefore draws attention to the falseness of its own creation. So perhaps metafiction’s self-awareness will prove suitable for another era in which reality is a nightmare. After all, Slaughterhouse Five — which is about both Vonnegut’s personal experience of war, and also alien abduction — opens with the invocation, “All this happened, more or less.”

Whether the near future of fiction is auto- or meta- or something else, the trends of the last decade won’t die; they will just absorb another micro-generation of neuroses and soon we will be blessed with some new form to shit on.

Sanjena Sathian is the author of the novel Gold Diggers, published by Penguin Press in 2021. 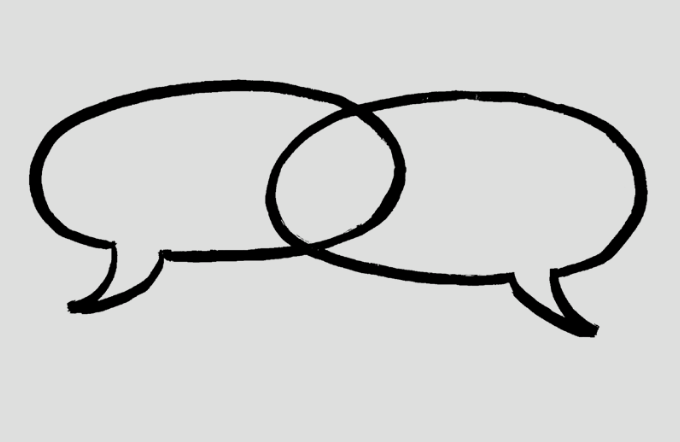 “Something Must Be Happening”​